That’s according to The Travelers Companies Inc., which released information identifying the most common and costliest landlord insurance claims based on a review of its U.S. rental property claims made from 2009 to 2015.

The five most common causes of home claims are:

“Any number of things can go wrong with a home, and it’s impossible to predict them all,” said Pat Gee, senior vice president, Personal Insurance Claim, Travelers. “But if landlords focus on these particularly common risks and take preventive steps and perform routine maintenance, it may help lessen the likelihood of damage.”

While weather-related claims are most common, fire causes the most expensive claims, accounting for nearly one quarter of the total claim costs. Fires are often caused by appliance and machinery misuse or failure, electrical problems, including wiring or outlet issues, and cooking. Hail, wind, and plumbing or appliance leaks followed fire as the most expensive claims.

There are typically two main causes of water damage — weather events, such as rain or snow melt, and other issues, such as pipes bursting or leaking. By comparison, more water damage is caused by events such as a pipe bursting, or plumbing or appliance issues, than from the weather. 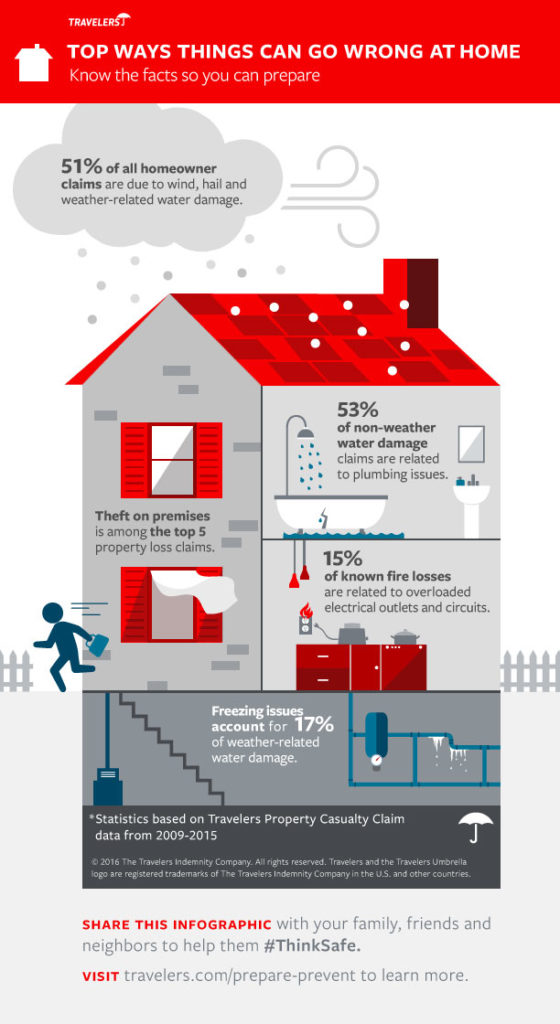 The leading cause of claims differs depending on where customers lived: